Architect of the “House of Siemens”

Werner von Siemens’ youngest son, Carl Friedrich, took over the leadership of the company shortly after the end of World War I. As “Head of the House,” he guided the company’s development through the difficult political and economic years of the Weimar Republic and the National Socialist era. In spite of the losses the company had suffered in World War I, he was able to restore Siemens to its position as one of the world’s leading electrical companies, and to modernize it throughout.

“Our work must be driven not by the pursuit of profit, but rather solely by the intention to improve technology, combined with optimum efficiency of execution and an avoidance of all counterproductive work.” Carl Friedrich and his sister Hertha were close, and maintained an affectionate friendship all their lives.

Carl Friedrich von Siemens was born on September 5, 1872. He had barely reached the age of 20 when his father died late in 1892. Like his brothers before him, he had a predestined path to the top of the company. He especially admired his brother Wilhelm, 17 years older, who helped him as both a role model and an experienced advisor.

Yet his beginnings were not exactly promising: his grades in school were anything but dazzling, and by his own account he had “absolutely no talent for schoolwork.” But his first job for Siemens in London made it clear that Carl Friedrich did have a talent for practical achievement.

After a year and a half as an apprentice at Siemens in Berlin, in 1901 Carl Friedrich was sent to the London branch, where he gathered valuable experience and was soon in charge of the energy business. Back in Berlin again, in 1908 he was put in charge of the newly founded Central Overseas Administration – a task for which his experience in other countries had left him especially well qualified. When he became Chairman of the Managing Board of Siemens-Schuckertwerke in 1912, Carl Friedrich had arrived at the top management level. 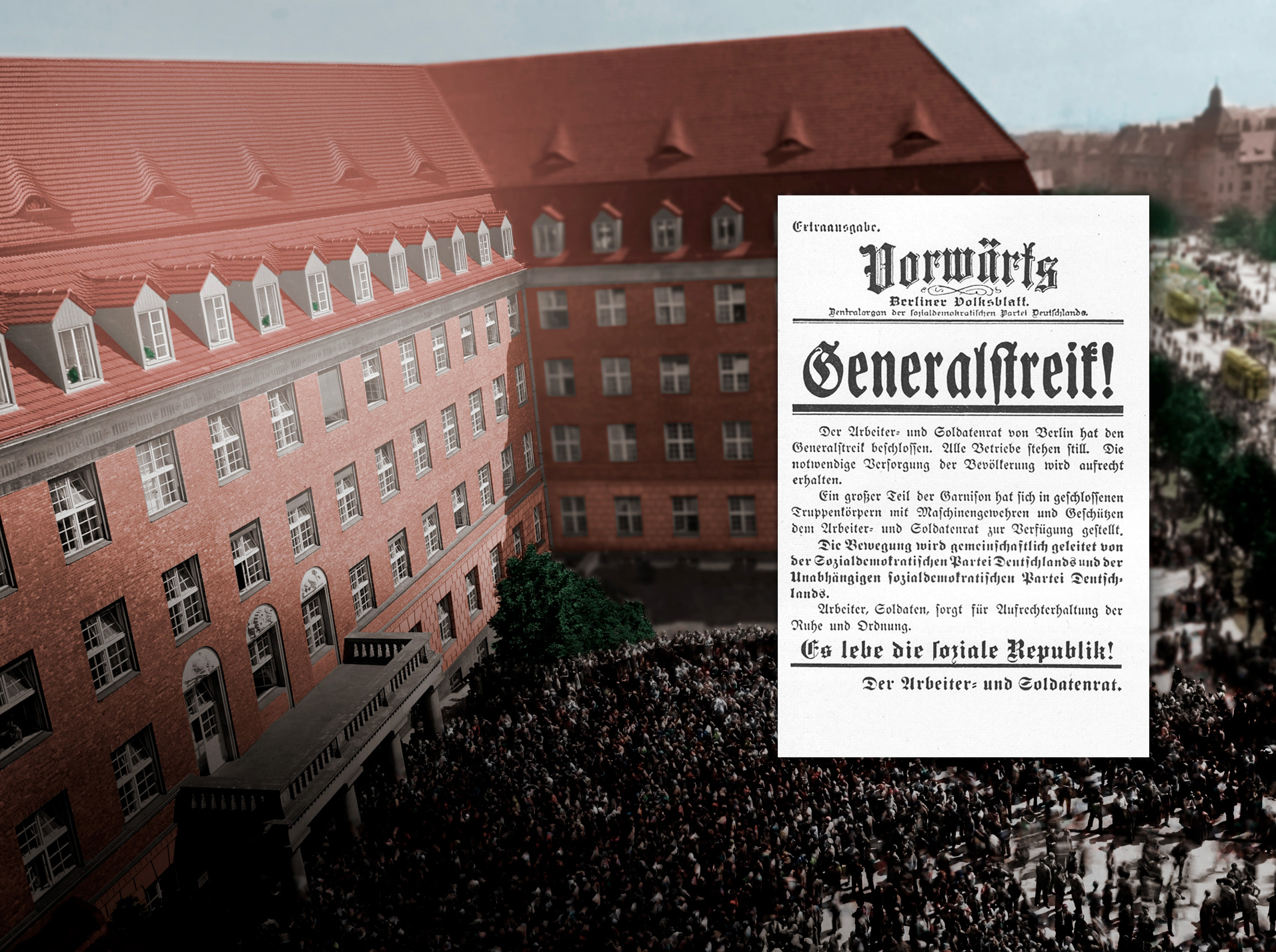 The year 1919 marked a decisive turning point in Carl Friedrich von Siemens’ life. After the death of his brothers Arnold and Wilhelm, the 47-year-old became “Head of the House,” with the heavy responsibility of guiding the company through the difficult postwar years. This was a time of political unrest, numerous strikes and economic instability. But with his clear vision and calm hand, Carl Friedrich von Siemens proved himself an excellent “stormy-weather captain” in this time of business crises. 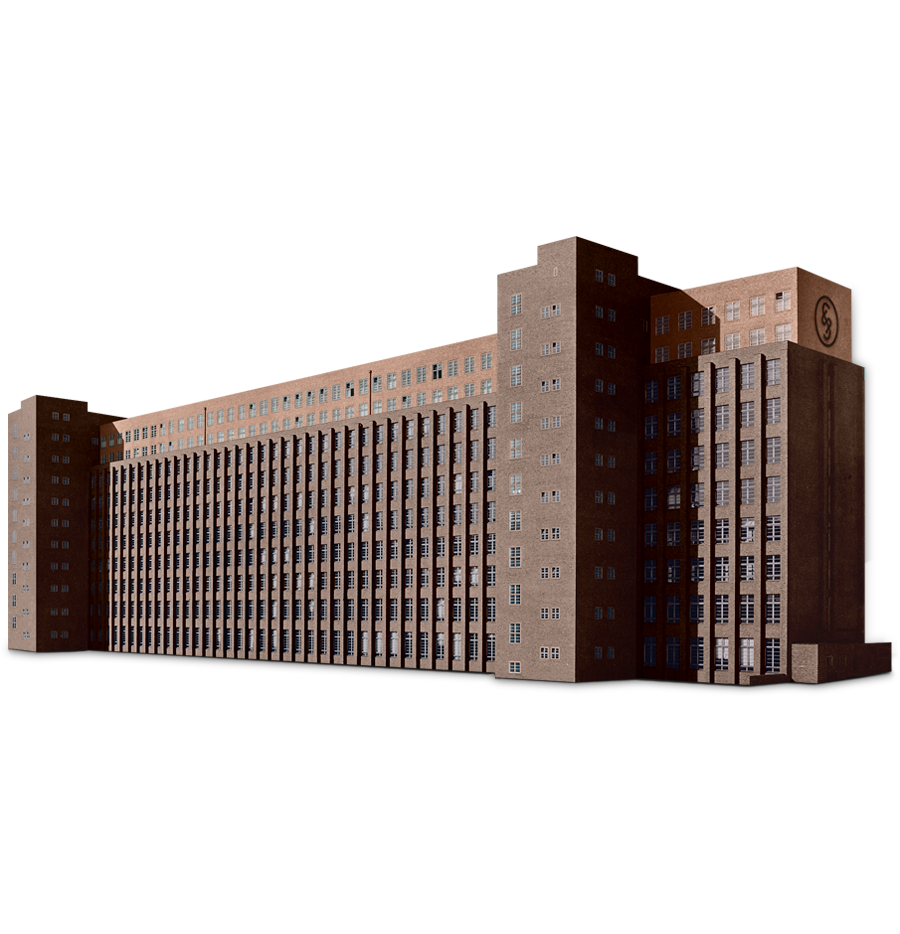 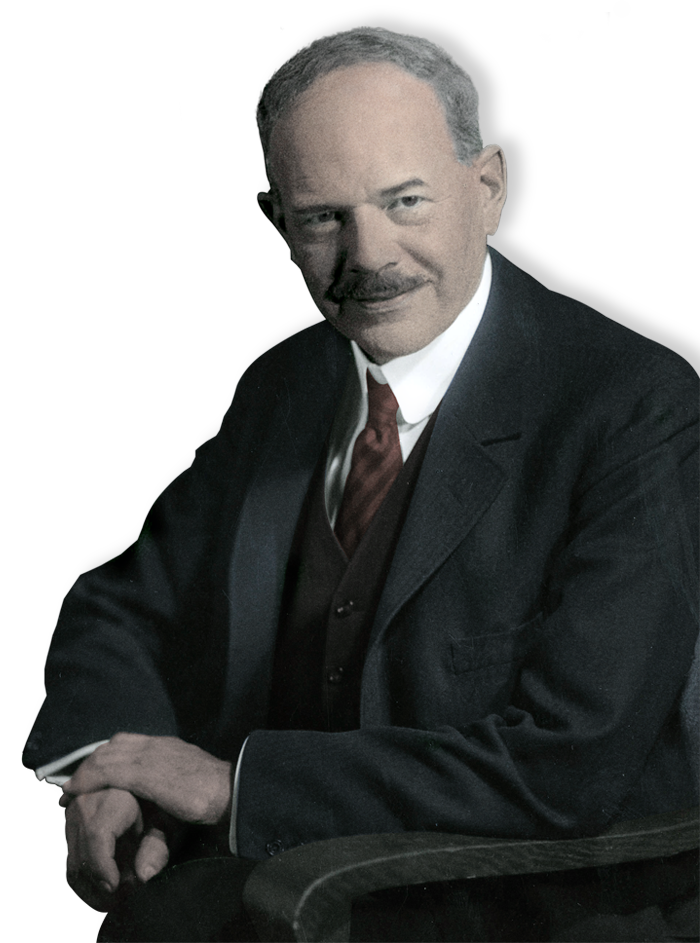 In all his business activities, Carl Friedrich was guided by the principle of the “unity of the House” of Siemens. Resting on the foundation of a clear corporate identity, his portfolio policy aimed for a successful presence in every field of the electrical industry, while making a significant mark in electrical engineering. Within the industry, Siemens was the only globally operating company to be involved in both telecommunications engineering and power engineering. Carl Friedrich von Siemens was aware that a company’s success and growth weren’t just a matter of technical innovation. To respond faster to structural changes in production and demand, Siemens followed the general trend and introduced assembly-line production. From 1925 onward, more and more Siemens plants began reorganizing their manufacturing procedures in the direction of mass production. His company benefits policy focused on retirement coverage – a field where Siemens had already set standards when it founded its “Pension Fund” back in 1872.

Like Werner von Siemens, Carl Friedrich was also deeply interested in a progressive social policy, and thus upheld a long-standing company tradition. In the politically and economically turbulent 1920s, he introduced several measures intended to keep skilled, dedicated employees with the company for the long term. 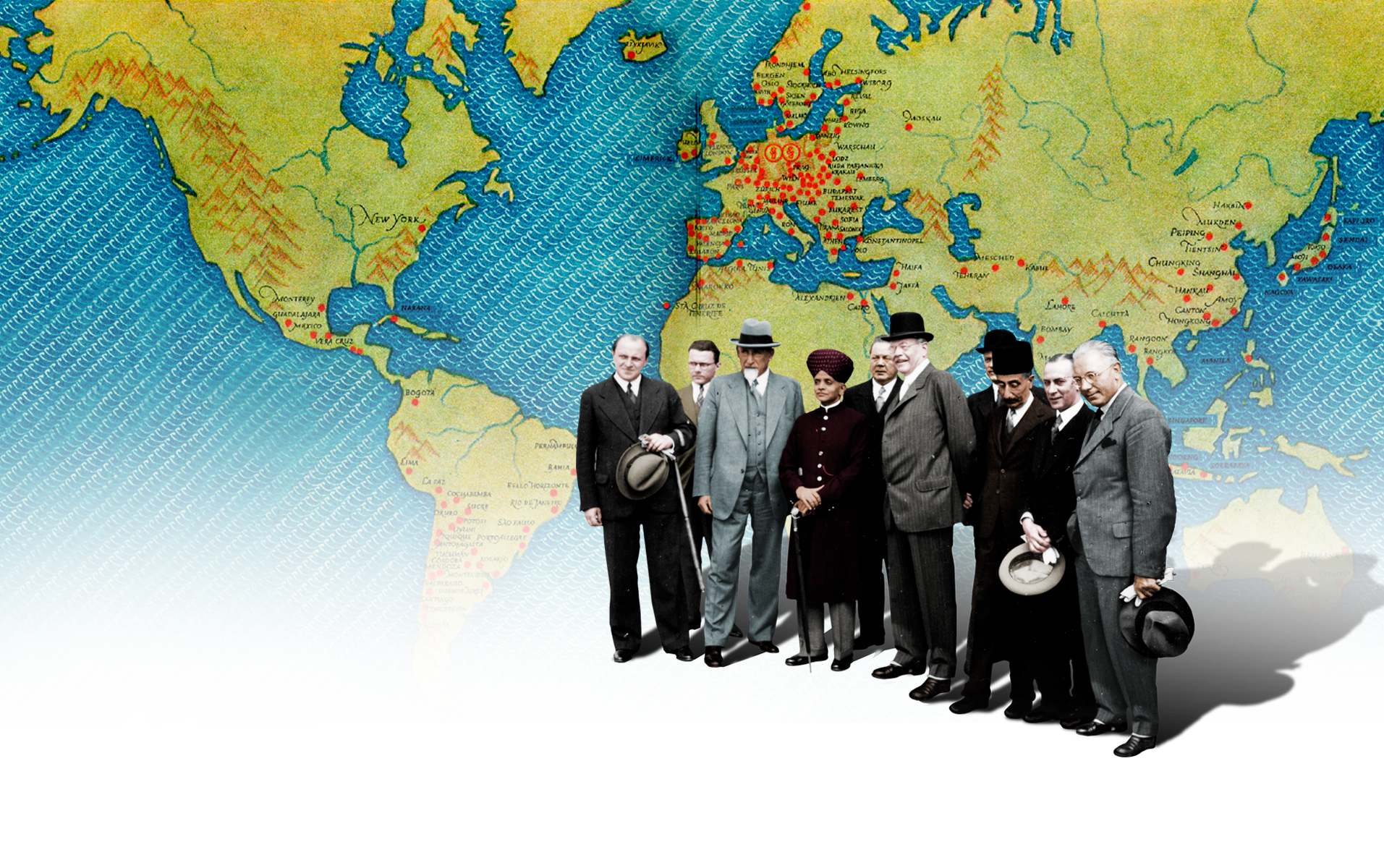 World War I cost Siemens nearly 40 percent of its assets. Almost every branch and subsidiary outside Germany was gone. All the same, Carl Friedrich von Siemens threw himself into returning the company to the world market. Besides the founding of new sales companies and production sites, it was large, high-prestige products like the electrification of Ireland that helped restore Siemens’ reputation as a trustworthy partner.

“The time of national isolation is past. We must realize that today we are depending upon each other.” Carl Friedrich von Siemens, 1931 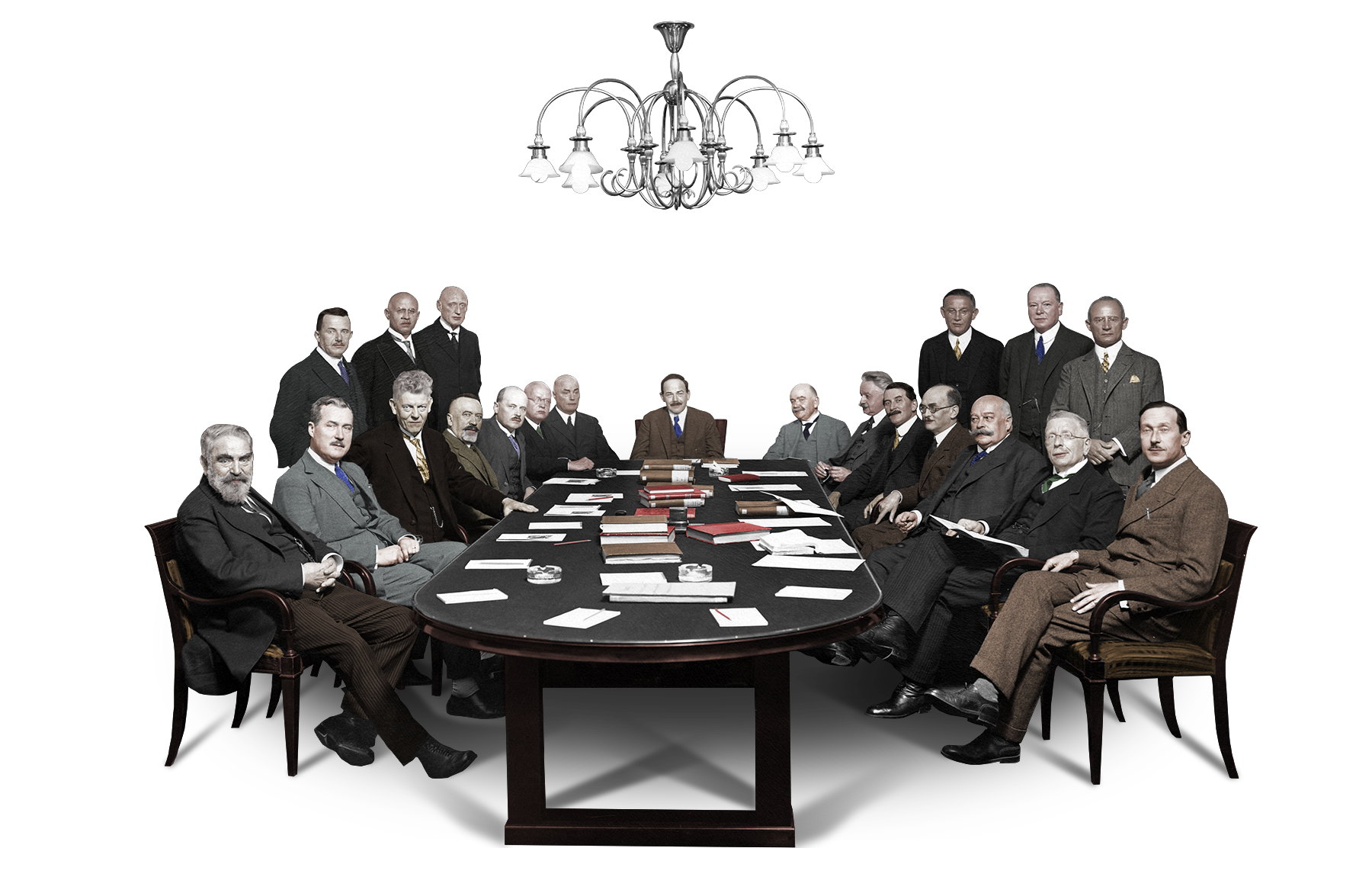 Carl Friedrich von Siemens was President of the Board of Directors of the German National Railway Company – from 1924 to 1934.

In parallel with his work in commerce, Carl Friedrich von Siemens was deeply involved in politics, business associations, and society. From 1920 to 1924, he was a Reichstag representative of the German Democratic Party. He was also among the leaders of numerous business and scientific organizations, like the Central Association of the German Electrical Engineering Industry, the Reich Business Council, and the German National Railway Company.

After the National Socialists came to power in 1933, Carl Friedrich von Siemens withdrew from all his public positions. Henceforth he would concentrate entirely on running the company. 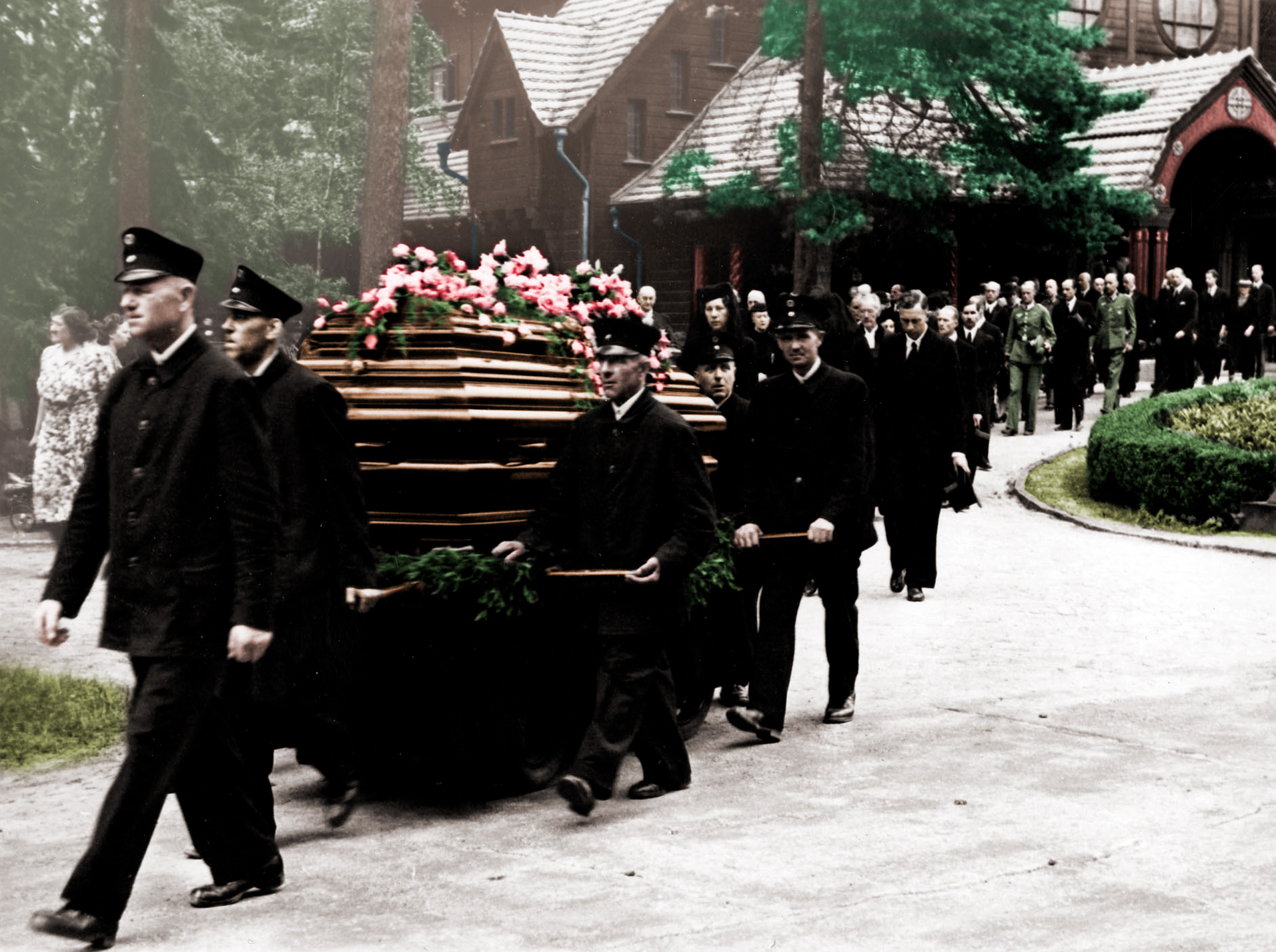 As a staunch believer in democracy, Carl Friedrich von Siemens was deeply opposed to the Nazi dictatorship. All the same, he had to work to preserve his company and keep it flourishing. Even in an increasingly state-regulated economy, he found avenues for successful action. The company’s arms production was limited largely to electrical equipment. And he was able to avoid having to expand further into producing weapons and other armaments once World War II began. But the effort cost him heavily. Exhausted by his challenging years at the helm, Carl Friedrich von Siemens died in Berlin on July 9, 1941. 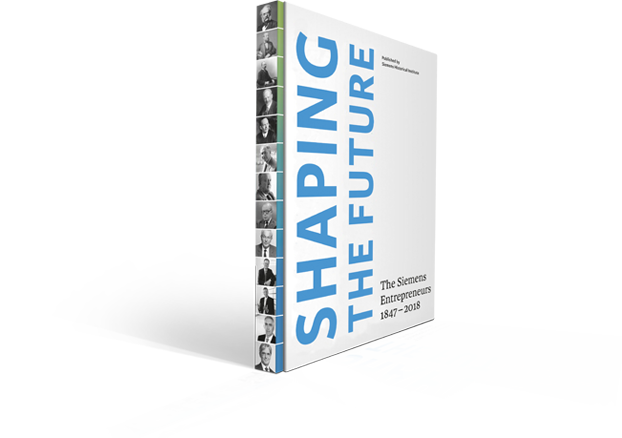 Those who study the history of companies are witnesses to exciting developments; they delve into a succession of highs and lows, successes and failures, economic and social changes. And they become acquainted not only with the founders but also with the people who successfully develop the companies, who guide and lead. This is exactly what unfolds in the new book from the Siemens Historical Institute. Through 13 detailed portraits, the book relates how the more than 170-year history of Siemens is interwoven with the history of Germany, Europe, and the world. From the founder, Werner von Siemens, to Carl Friedrich von Siemens to Joe Kaeser, it is clear that the company needs people at the top who lead with courage, drive, and a sense of responsibility, who are not afraid to face the challenges of the times and to shape the future.

“No talent for schoolwork” – Learning from the school of practice

On the way up – From apprentice to Director

A practical man – At home in politics, business and society

Responsibility in hard times – Entrepreneurship in the era of National Socialism