The move to the Berlin plant in Markgrafenstrasse in 1852 marked the beginning of a new phase in the history of Siemens. Step by step, the company changed from a backyard workshop to a factory. Industrial mechanization gradually took hold of the new Siemens plant until this new location was no longer able to cope with the steadily growing electrotechnical production. In 1905, the last employees left the plant and moved to a new location that was in the making: Siemensstadt.

The photo shows an undated drawing of what was known as the Berliner Werk (Berlin plant) on Markgrafen Street. Since the first workshop on Schöneberger Street no longer provided sufficient space, a different location was needed within just a few years of the company’s founding in 1847.

As Werner von Siemens recalled in his autobiography, “we had purchased a sizeable plot of land in Berlin, Markgrafen Street 94, where a nice roomy workshop was constructed at the rear of the property and the newly renovated building at the front provided fine accommodations for us.“ 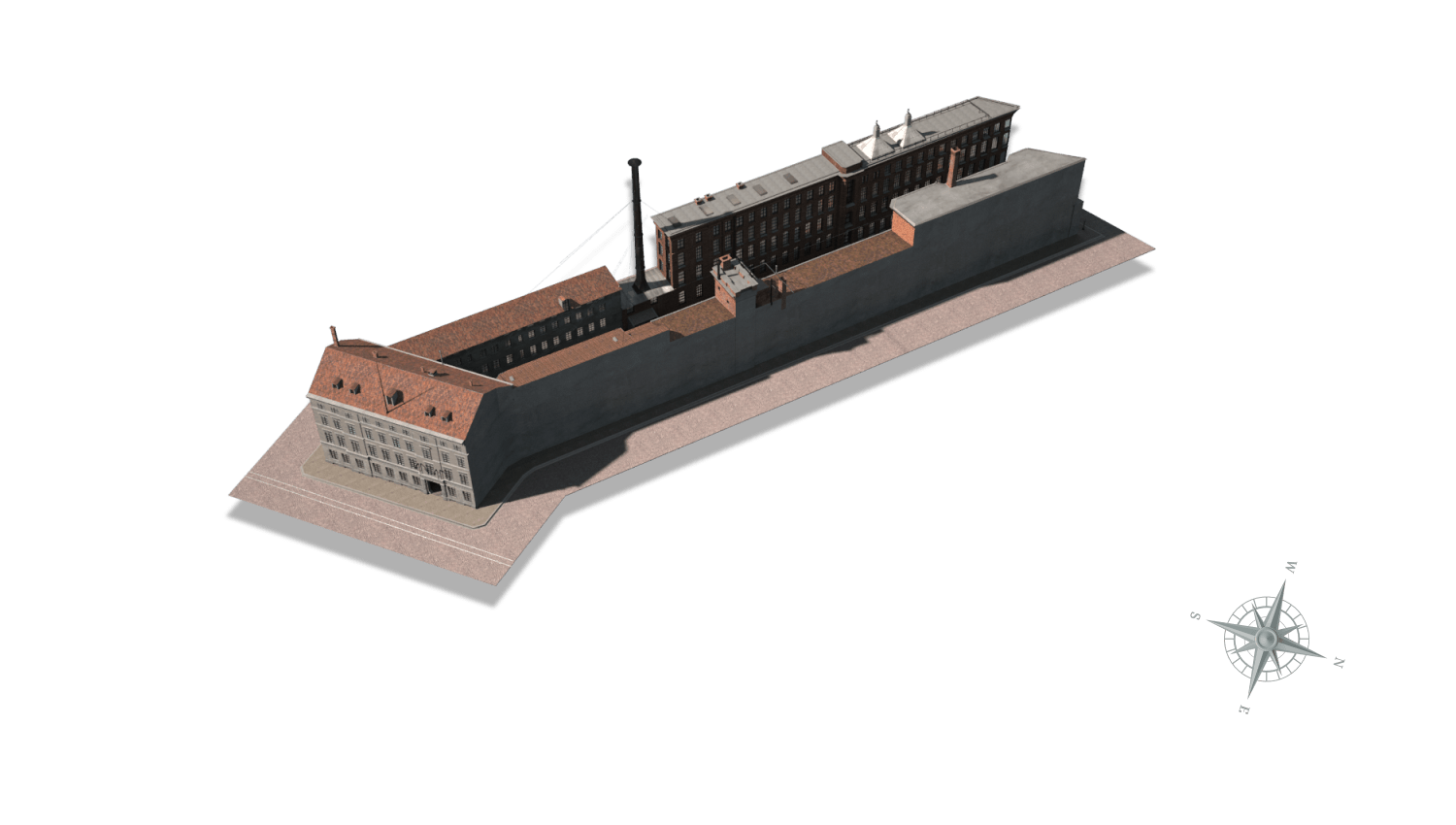 While the production facilities were housed in the rear building, Siemens & Halske’s owners – Werner von Siemens, his cousin Johann Georg Siemens and Johann Georg Halske – each occupied an apartment in the front building. The structure, which had served as a barracks for many years, first required extensive renovation. A fourth story was added and the side wing was extended into the inner courtyard – enabling Werner von Siemens to offer his future wife an attractive home. In January 1852, he asked for the hand of his first wife, Mathilde. The photo shows the front building around the turn of the century.

Shortly after production began on an area of about 3,000 square meters in 1852, the premises were expanded. In 1872, 25 years after the company was founded, Siemens & Halske had some 600 employees. Twenty-five years later, the figure had doubled to 1,250. An undated photograph of the factory courtyard gives a good impression of the cramped quarters, where numerous departments with different needs had to vie for the little available space. Initially, production was carried out by skilled craftsmen. Only in 1868 did the phase of “sudden mechanization” begin. And it was during this phase, which lasted until 1873, that Siemens & Halske evolved from a workshop into a factory.

During its first decades, Siemens & Halske focused on telegraph construction. Other products included electrical measuring instruments and, starting in the 1870s, electrical equipment for railways and telephones. However, Werner von Siemens’ discovery of the dynamo-electric principle in 1866 brought about a transformation that – lasting for decades and strongly influenced by Siemens innovations – changed the entire electrical industry for the long term. In addition to telecommunications devices, the company now also produced power engineering equipment – including dynamo machines and electric motors with ever-greater capacities. Since more and more space was required to manufacture these innovations, production was gradually decentralized. Beginning in the 1880s, the company’s Berlin facility focused on light-current engineering. The undated photo shows the production of lamps.

In 1883, the just-completed cable production plant was relocated to new quarters in Berlin’s Charlottenburg district. All heavy-current production facilities, including dynamo development and production, were gradually transferred to this location. In the 1890s, telegraphs, telephones, fire alarms, signaling systems and measuring instruments were manufactured at the Markgrafen Street facility, which was also home to the rail department and the newly established electrochemical engineering center. However, once the expansion of the plants in the Nonnenwiesen district was concluded in 1897, the location in the city center increasingly declined in importance. The last departments and workshops moved out of the central Berlin plant in 1905, relocating to the Wernerwerk plant in what would later become Siemensstadt. The company then abandoned the Markgrafen Street location, selling the building and the land.